VISUAL WRITING:
LANGUAGE AND EXISTENCE
THE IMAGE OF MATTER

“language is a structure of the eternal world”
-Sartre 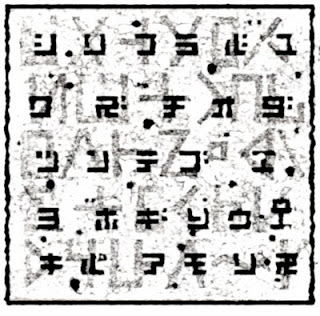 For “culture” I think one could substitute several other words including “history,” “consciousness,” “humanity,” and “existence.”  Telescopes and space stations alone have altered our viewpoint.  With galaxies upon galaxies spinning across an unthinkable divide between us and them, the unrepeatable, apparently unrepeated history of Mankind becomes a much less impressive, much more flawed pageant, perhaps even tawdry and junky, but, to the same degree, a much more rare and incredible phenomenon.  It is as though only one household in the world had saved in its attic souvenirs of the momentous events that have taken place on our planet.

The linguist Roland Barthes clearly finds a philosophical fascination in the autonomy of language that is similar to the autonomous patterns discovered by Sartre, Jung and Bergson in other fields.  In books such as S/Z and Elements of Semiology, Barthes relishes the experimental freedom and remarkable discoveries that he uncovers from a close interdisciplinary examination of language as it appears in anomalous novels and vast quantities of mass media.  S/Z, which is a sentence by sentence examination of Balzac’s fictional tale, Sarrasine, about a man in love with a transvestite without knowing it, is a perfect metaphor for Sartre’s version of Existentialism.  Like other linguists, Barthes daringly speculates on the conceptualizations such as law, legacy, signifiers, opacity, reality, existence, meaning, differentiation.  Barthes searches language for the essence of human reality. 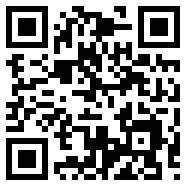 The sign function therefore has (probably) an anthropological value, since it is the very unit where the relations of the technical and the significant are woven together. (7)

One characteristic that both Sartre and Barthes discuss that needs to be included might be most fittingly described with the current term “community.” (8)  In their philosophical explorations, neither Sartre nor Barthes are considering merely the individual.  Both Sartre and Barthes assert that the discoveries of their fields have a strong impact on people as a group.  Sartre calls Existentialism a “humanism.”  And Barthes views language as a “contract” and logos of people living together.  Barthes says that “[language] is at the same time a social institution and a system of values.”  He adds that “moreover, this social product is autonomous.”  It seems that “autonomous”—the word implies a faintness of justification and origin—is a quality that pervades the thinking of all disciplines.  But it seems necessary to point out that autonomy characterizes the background, the landscape out of which the substantive shape of archetypes and tropes emerge—and the archetypes and tropes themselves.  In writing that “there is no reality except when it is intelligible” and “meaning is therefore an order with chaos on either side,” Barthes, like Sartre, shows that he is concerned with the idea of an unvarying substantive image apart.

If the universe is infinite, then Mankind’s autonomous—that is, less explainable and more tenuous—consciousness is certainly elevated in the hierarchy of existence.  Perhaps it is true that everything does not exist in the mind, but everything is filtered into meaning and value by admirable unbiased thought and examination.  Everything exists in the conceptualizing consciousness.  Objects and “things” may remain “hard” in everyday life, but we no longer accept in this hardness an unquestioned value or absolute status.  Since we are able to view for ourselves that we dwell in structural isolation and lostness, existence has become increasingly dependent on the subjective ability to question and understand.  The archetypes—that remain unchanging across time—observed and described by Carl Jung are the same shadowy numinous powers that rule the galaxies, that enable us to communicate and converse, that inspire modern artists to escape the demons of subjection, and that push the species forward as a “family of Man” to explore the premises of life and death on whatever terra firma that might possibly lie ahead for us to stand upon.  What is remarkable in this discussion, what we observe with interest and consolation is that the origins of life and the origins of inanimate matter are characterized by the same conceptual configurations, the same elusive seemingly arbitrary archetypes.  Darwin concluded from various consistent patterns that all life came from the same source.  In the context of vast space, we have made a similar discovery in relation to our shadowy lives going on in it.  What the incomprehensible speeds and distances of the universe tell us is that the origin of life and the origins of inanimate matter are also the same.  And we discern that these origins contain certain archetypes that seem to be conceptual.

What we are concluding is that the universe in general and in its vastness exhibits common but striking  patterns within patterns that seem demonstrably to emanate from a single common source.  For now, the most important conclusion out of these similarities in terminology and generic form in various fields of study is that “natural life” and inanimate matter are born from the same distant unknown consciousness, the same conceptual night, the same inexplicable cloud that precedes time, the same exact chemical balance of order and disorder, the same unfathomable hypothetical mystery, the same temporal, ineradicable body of knowledge.  It is like the Yiddish folk tale of the Golem given life from a symmetrical alignment of letters in sacred texts.

In David-Baptiste Chirot’s rubbings we observe the similarity—as does the artist—between the autonomous or artificial pattern of letters (artifact) and the natural pattern of erosion.  In Ottar Ormstad’s work, we sense the hugely explosive potential of a mechanically symmetrical compact arrangement of letters and lines just prior to its becoming the fragmented material of the universe.  In Roland Sabatier’s first work, we are given a cuneiform-like tablet of unique objects that combine Mankind’s history and native iconic conceptualism.  Matthew Stolte’s color work seems to be a perfected consciousness, in a semi-ordered arrangement that contains archetypal fragments relating to letters, geometric shapes and text.  Carol Stetser’s work is the same archetypal picture only using different fragments and artifacts, especially including musical notation paper and Oriental language characters.  Carlyle Baker’s work and Sabatier’s second work are renderings of consciousness that suggest a comprehensive set of its characteristics—similar to Bergson’s set of characteristics—letters, numbers, order, symmetry, lack of symmetry, technology, space, strength, permanence.  Note that both works are geometric, in particular, square, though they in places hearken toward the irregularity of nature.

Could it be true that there is no other life in the universe besides our lives on earth?  Is our only consolation and companionship in responsibility the unthinking generosity of microscopic bacteria?  In any case, from these Modernist, scientific and Post-modern methodologies and insights, we surmise that human reality is less significant as a thing in itself and more significant in relation to the archetypes of meaning and freedom that occur in Creation.  Mankind is more miniscule and threatened but more astonishing and important in what his existence symbolizes.  Mankind’s consciousness—language, art, history, science—exists above and outside of everything else and judges everything else, not precisely because of a prearranged natural order nor because of certain characteristic “human patterns of behavior” but because the image of reason is capable of completely separating from the presumptive ebb-and-flow of instinctive behavior.  Mankind defies infinity.  Consciousness precedes matter.  In practical terms what this means is that we as human beings have a structural imperative to examine closely and consider objects with circumspection.  This applies also to our actions.  Human consciousness is true existence because it is capable of distinguishing itself in the wholeness and utility of a positive and fruitful relation to the conceptual patterns, including infinity, that appear mysteriously and sometimes frighteningly in the indeterminate universe that surrounds it.


With a background of wars and political tumult, Tom Hibbard has had much poetry, critical writing and several books published in recent years.  The Sacred River of Consciousness, poetry, was published in 2011 and is available online from Moon Willow Press and Amazon.com.  Place of Uncertainty, Otoliths, and Critique of North American Space, Bronze Skull, are also recent collections.  Hibbard’s recent critical prose has appeared in Galatea Resurrects and the Australian edition of Jacket, including “Poetry and Radicalism” in Jacket 40.  Poems have appeared in several issues of Cricket online, and Hibbard has read his poetry in venues in Washington, D.C., Chicago and Racine.  From the political protests in Wisconsin have emerged a poetry collection Voices of the Night and a journalistic collection, two chapters of which have appeared in Big Bridge online journal.  Hibbard has written several pieces on Visual Writing, including a piece on Freud and visual writing and a piece on Joyce’s Finnegan’s Wake as visual writing.  The opening poem of Sacred River… is intended as a visual poem.  Hibbard is currently working on several writing projects, including a new collection of poetry.